Global search for exhibitions and conferences around the world

Find an event according to your business needs

London is the Next Station for The Internationally Overarching Blockchain Summit 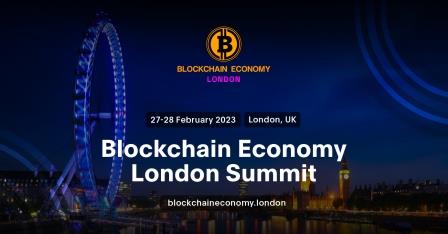 As the Most Prodigious and the Largest Blockchain & Crypto Conferences Hub, Blockchain Economy Summit has just successfully finished its Most Global Blockchain Event Ever in Dubai, UAE on 4-5 October, 2022 with more than 3000 profoundly gratified attendees from 74 countries all over the world. Blockchain Economy Dubai Summit hosted dozens of sponsors like GARI, Chingari, NAGAX, Codego, Point Network, Gton Capital and many more at this astounding 5th Edition of the Blockchain Economy Summit. The Main Stage of the Conference welcomed many of the high-quality speakers who are experts in blockchain and crypto industry such as Vas Modinos, Services Solution Lead at Microsoft and Founder of Blockready, Ahmed Bin Sulayem, Executive Chairman and CEO of DMCC and Guest of Honor of the Conference with his Opening Keynote Speech, Sumit Ghosh, CEO and Founder of Chingari, Ivan Liljeqvist, Founder of Moralis, Entrepreneur and Software Developer, Ramia Farrage, MC, Senior Producer and Presenter, Forbes, Benjamin Bilski, German Serial Tech Entrepreneur, Founder and CEO of NAGA, Forbes 30 Under 30, Alena Afanaseva, Co-founder and CEO of BeInCrypto, Adrian Zduńczyk, Chartered Market Technician, Founder of The Birb Nest and many more who have shared their expertise and knowledge with an academy-level speech. It’ll be incomplete without mentioning Titan the Robot, the Blockchain Economy Summit Ambassador, King of the Robots, a stunning and awe-inspiring piece of technology who attracted the BE audience from thin air and had people crying with laughter at his hilarious antics at this Epic Round of the Blockchain Economy Summit in Dubai.

The 6th Edition of the World’s Flagship Blockchain & Crypto Event is going to be held on February 27-28, 2023 in London, UK. The long-awaited Event of the blockchain and crypto community is finally ready to embrace its enthusiasts in the core of the World’s Financial Capital. Those who are excited about the future of the finance world and fin-tech will be at the UK’s largest ever blockchain event uniting together the key players of crypto industry and experts to redefine the future of finance. General Manager of the Blockchain Economy Summit, Servi Aman quotes: “London has already proved itself in terms of economic and financial value. The attraction of crypto companies will increase substantially as the UK government is working towards a blockchain-based economy. This is a colossal opportunity to showcase the strengths of the blockchain & crypto platform”. As the future draws nearer, people all over the world from experts to regular citizens have their eyes on the industry’s progress.

The top-notch topics of the forthcoming Blockchain Economy London Summit appears to be use cases and mass adoption of blockchain, cryptocurrencies, blockchain gaming, regulation of virtual assets/cryptocurrencies worldwide and in London/UK, Bitcoin, Web 3, NFTs, Metaverse, De-Fi, mining, investing and trading on cryptocurrencies, the implementation of blockchain technology in businesses and government, and many more. The expected attendance for the 6-th edition of Blockchain Economy Summit is exceeding 2,000 participants from more than 65 countries. Further information is available here

London is the Next Station for The Internationally Overarching Blockchain Summit

Recap of Global Metaverse Carnival 2022 – Enormous Thanks to Everyone!